Santo Antão island with its green mountains and winding roads is a hiking paradise and a big contrast to our time on Sal island. Its colour makes you think, it is the true Cape Verde!

You can reach Santo Antão only by ferry from the neighbouring island São Vicente. To get from Sal Island to São Vicente, we booked an airplane ticket with Cabo Verde Airlines. Thinking this would be the safest choice, but we would regret that very soon. The flight was a nightmare!

Considering my fear of flying, I had to cry and laugh at the same time about this unbelievably ironic situation. I felt challenged on the highest level of my fear. Without being informed in advance the flight to São Vicente was operated by the Rumanian airline Cobrex Trans. They have been working with Cabo Verde Airlines only three months, but their airplane was much older, it seemed like I wasn´t the only 30 year old machine here. During boarding I was in shock. When we entered the plane, Christian described the smell like the inside of a smoker´s car that was parked in the sun for several weeks without an open window. My first association was the horror scene of the movie final destination. The entire 40 minutes flight I did not open the desk in front of me. Also my meditation skills did improve significantly! Lucky us, we survived and landed safely on São Vicente. From the airport we took a taxi to the port. It was very easy to buy the ferry tickets and different to other travellers´ experience, ours was smooth and without any schedule changes.

As adventurous our stay on Santo Antão started, as exciting it continued. Besides that we had the chance to prepare Doce de Papaia for our sweet bucket list, we could experience the island in the most authentic way – one of them was our encounter with Anilda.

We met her on our hike from Pico da Cruz to Vila das Pombas. From 1585 metres above sea level to the coast of Santo Antão island. Only downhill. Sounds easy, doesn´t it? Well, it was not.

A night to remember

The night before, we spent in a small guesthouse with six beds, three in each room. The accommodation was located on the mountain at Pico da Cruz, where only few people lived. No wonder, it is extremely windy, foggy and cold up there – one should be prepared for that. We were not, but had no other choice than making it through the cold night while listening to the storm outside and dreaming about the next day.

The next day, after our `comfortable´ rest, we were happy to leave the mountain and start our five hour hike with the luggage on our backs.

A smile is worth a thousand words

Right at the top and the border of the softwood forests we met Anilda for the first time – a woman with a bag of rice on her head. We greeted each other, smiled at each other. Knowing we were from two different realities but somehow still connected in the cold woods of Santo Antão. A smile is worth a thousand words!

We continued our descent. It was a heavy hike. Carefully watching our step, so we would not slip and fall off the narrow trails. I have always preferred going uphill to avoid knee injuries, especially with big luggage.

After 1,5 hours, we met Anilda for the second time. She was descending, actually running, downhill with a log on her head. Coming back from the village where she dropped the bag of rice. This woman was twice as fast as we were! Again, we greeted each other, smiled at each other and then she stopped. Pointing her finger to Christian´s open shoelace.

´This is dangerous`, she said. Which was ironic because she was wearing flip flops. However, this was the ice breaker and we started talking. With a mix of Kreole, Portuguese and Spanish we somehow managed to communicate with each other. At first I believed it was curiosity from both sides that brought us together. But then there was something more – there was real sympathy. Looking to the valley below and the remaining 15 kilometres ahead of us, Anilda pointed to her house in the valley and asked us to come by. It was only a matter of two, three hours – haha.

All good things come in threes

We continued our journey alone again. After 1,5 hours hiking we finally reached the path next to the house in the valley, wondering if Anilda was home or not. However it didn´t take long until we saw someone standing on the roof of the small house, waving to us that we should come over. It was Anilda again. Of course we turned around and walked the road back to a narrow path down to her house, that was surrounded by mango and guava trees. Anilda greeted us with big joy. Her home was a small composition of three stone houses each of them dedicated to a special use: eat, sleep, storage.

Outside there was a small entrance area with a graved stone step that functioned as a bench. Anilda placed a towel for us to take a seat on it so we would not sit on the cold stone.This was quite embarrasing, knowing that my leggings was dusty from the hike. How many times did I slip downhill on my butt! Sitting there in the unknown environment of Anilda´s home, she did her best to make us feel comfortable. I was overwhelmed by this woman. Her strength, her kindness, and her warmhearted nature. She told us about her seven kids, two of them work on the farm to help her and five of them living on other islands. Her daughter is 30 years old, and works as a nurse on Sal island.

A bag full of mangos

After a while, we continued to the surrounding mango trees – there were so many of them! Anilda showed us her farm with big pride and filled a bag with mangos and guava for our hike to Vila das Pombas. Although she was walking the trail several times per day, she was worried that it would be too exhausting for us without any food.

When you come back, you have to stay at my place

Then it was time to say goodbye. We hugged each other and left her with the promise that we will try to come back and visit her. `When you come back you have to stay at my place´, she said. Back on the path, we walked uphill again to the path towards the coast, looking back to the house where Anilda was standing on the roof again to wave goodbye.

Nyonya Kueh – so much more than just sweets

Sal island – an island of contrasts

How to overcome the fear of flying with Yoga

Lisbon – we see you!

Go with the flow & step out of your comfort zone 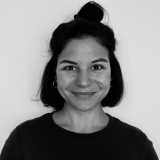 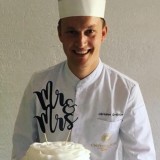 We will always be honest, heartful and most important HUNGRY.

This website uses cookies to improve your experience while you navigate through the website. Out of these cookies, the cookies that are categorized as necessary are stored on your browser as they are essential for the working of basic functionalities of the website. We also use third-party cookies that help us analyze and understand how you use this website. These cookies will be stored in your browser only with your consent. You also have the option to opt-out of these cookies. But opting out of some of these cookies may have an effect on your browsing experience.
Necessary Always Enabled
Necessary cookies are absolutely essential for the website to function properly. This category only includes cookies that ensures basic functionalities and security features of the website. These cookies do not store any personal information.
Non-necessary
Any cookies that may not be particularly necessary for the website to function and is used specifically to collect user personal data via analytics, ads, other embedded contents are termed as non-necessary cookies. It is mandatory to procure user consent prior to running these cookies on your website.
SAVE & ACCEPT